Dr Geoff Mullan is interviewed in the Evening Standard about Coolsculpting. Scroll down to read the article. 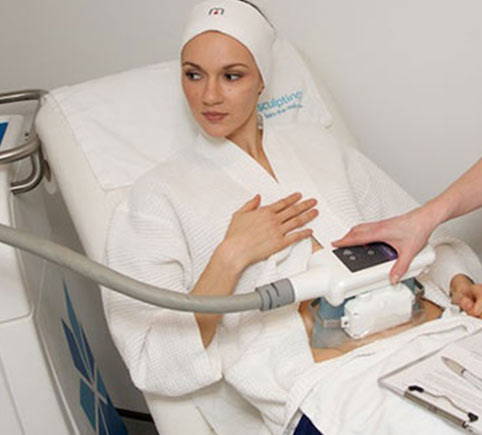 Just as you thought the cold had no redeeming qualities, along comes Coolsculpting to freeze fat out of existence.

Unlike liposuction, there are no needles, no scalpels, and no scars. It’s one treatment, lasting one hour before you can get on with your day. “Fat is pressed down between two cooling plates that suck it up and freeze it out of existence,” explains Dr. Geoff Mullan, medical director at Medicetics.

“The fat gets so cold it crystallizes, shatters then breaks down in a process called cryo lipolysis. Fat freezes at a higher temperature than other tissue so you can freeze it without damaging surrounding skin.”

Coolsculpting can shrink the fat in the area by 20 to 25 percent. We are all born with a set number of fat cells, so they won’t come back. There were worries that the dead fat would go into the bloodstream, putting pressure on the liver, but the dead fat cells are digested by white blood cells.

You just need enough fat to be pinched between the plates. So while it works a treat on stomachs and love handles it isn’t so good for thighs. Dr. Mullan only advises this treatment for people who are at most a stone-and-a-half over their ideal weight.

Dr. David Ross, of the British Association of Aesthetic Plastic Surgeons, adds: “There’s some fantastic science but these are new treatments so think carefully before spending the money.”