FIND THE SOLUTIONS TO SKIN PROBLEMS

FIND THE SOLUTIONS TO SKIN PROBLEMS

In 2009 our co-founder Dr Vicky Dondos was featured in Evening Standard's article on solutions for skin problems. Read the article below. 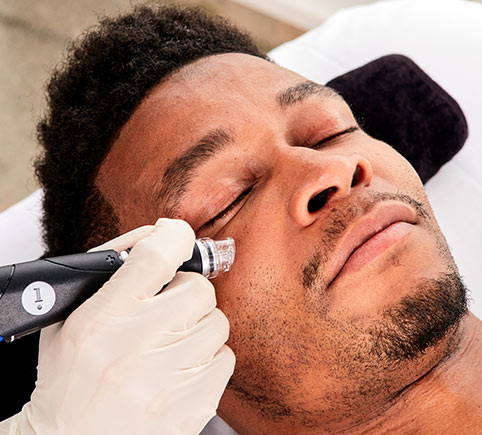 It sounds good, so you click through to a website called computertan.com, which announces a technological breakthrough that transforms the electrical impulses in your PC screen into “factor-free UV rays” so that you can tan while you work.

Wishful thinking? Too scary for words? It’s a hoax, of course, cunningly devised by the Karen Clifford Skin Cancer Charity to raise awareness of the dangers of tanning, but just for a minute it sounded plausible.

No, computer screens don’t emit anything as harmful as ultraviolet rays but it’s clear that spending too much time in front of a screen in the office takes its toll on our skin as well as our general joie de vivre. Here’s what you can do about it.

“It’s dry, it’s dull, it affects men as much as women, and it makes you look older than you are,” says cosmetic practitioner Dr Vicky Dondos. “It’s the end result of office life.

“Air con doesn’t help but nor do stress, anxiety, infrequent meals, bad nutrition, flying, burning the candle at both ends … The net result is a build-up of dead cells on the skin, which can make it look dull and greyish.”

Medical-grade microdermabrasion, a mechanical form of exfoliation, works a treat on this, swiftly removing those dead outer skin cells so that the skin regains its glow and treatment products penetrate more deeply afterwards.

“It’s very effective,” says Dr Dondos, “and popular with men because it’s less touchy-feely than a facial. It’s quick, too – you can be in and out in half an hour.