Dr Vicky Dondos is interviewed in an article about having botox in your 20s. Scroll down to read below. 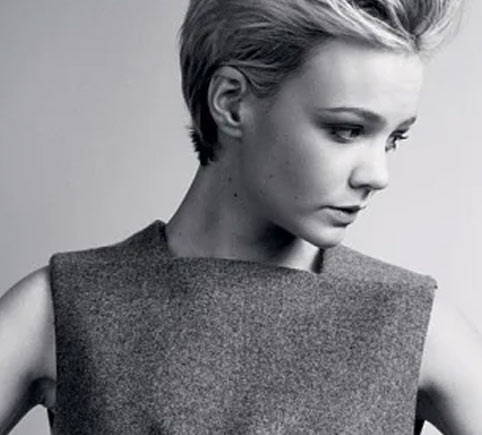 Is there any reason to have Botox at 25?

Last week, actress Carey Mulligan announced she had been offered Botox aged 25. Increasing numbers of women – and not just Hollywood stars – are taking early steps to smooth away the signs of aging. Sharon Walker examines the burgeoning UK market and explains how she reluctantly fell for the treatment.

I first tried Botox when I was nudging 40 and working for a glossy magazine. We wanted to do a story on a Botox virgin because the cosmetic jab used for ironing out facial wrinkles was all the rage among ladies who lunched and bankers’ wives. As the features editor, I approached a number of authors: none was prepared to test the treatments and, in the end, the task fell to me.

Even six or seven years ago, the clandestine world of “non-surgical enhancements” felt pretty alien – though I am happy to report that the shopping spree was a success. I had Botox for a deep frown line between my brows; the filler Restylane in the nasal-labial folds (the lines that run from the nose to the corners of your mouth); and another drop of Botox to weaken the muscles that depress the corners of the mouth (mine had developed adroop). Some lip-plumping dealt with the “smokers’ barcode” on my top lip.

Dr Vicky Dondos, of the London-based Medicetics clinic, says she has been impressed by the skin of American clients who have dabbled in these non-surgical treatments since their twenties. “Girls who started earlier are definitely reaping the rewards. Cindy Crawford is said to have had Botox in her twenties, which is probably why she’s holding together so well. But you have to weigh that against what comes with it financially and psychologically.”

Dr Vicky Dondos, whose Botox clients are mostly men and women aged 35 to 50, mentions one client in her late twenties who had already built up deep scar tissue from frowning. “I do think it’s good with certain genetic mannerisms. If people have deep lines and scar tissue in their twenties, then I’m all for it. Even if you have one treatment a year, it can help.” Medicetics’ Dr Geoff Mullans, a qualified facial surgeon, says he’s not against using treatments to “beautify” twentysomethings. The new, softer temporary filler, Voluma, for example, can be used to iron out a bump in the nose, create a more pronounced bridge, or create natural-looking cheekbones. “Done subtly, you can make a pretty face look beautiful,” says Mullan. Though a 25-year-old complaining of lines is likely to be sent away with sunscreen.

After my own shopping spree, the magazine declared me a “Botox junkie”. It was only the prohibitive costs (about £300 a pop) that made me go cold turkey. Then two years ago, at 43, I started again. Two weeks ago, I had lunch with a friend I hadn’t seen for a couple of years. He said that last time, I’d looked my age; now I could pass for a girl of, ooh, 20. Was he exaggerating? Well, maybe a bit. But do I wish I’d had access to these things at 25? Yes, probably.

Is there any reason to have botox at 25? Sunday Telegraph for full article on Telegraph website